News Update: Increasing Taxes On Real Estate and Protest Against the Taxes in Pakistan

According to media sources, real estate dealers held a protest over the imposition of severe taxes on their industry while opposing the Pakistan Budget 2022-23.

The federal government, according to the association, has doubled property taxes in this year’s budget. It further noted that the introduction of such high taxes has created insurmountable obstacles, rendering them unable to operate their enterprises.

According to the association, the real estate industry is a dynamic sector with the potential to attract massive foreign investment, but it is experiencing downturn conditions and fighting for life due to excessive taxes.

Further, Zubair Baig criticized the authorities and stated that the government was collecting harsh taxes, as reported by the media outlet while warning that thousands of individuals linked with the real estate market may lose work.

The new tax and duties system has raised the gross tax rate for property registration filers from 5% to 9% while increasing the tax rate for non-filers to 15%.

The DC has implemented a district-wide official price hike of 10–15 percent as of July 1. In affluent parts of town, the DC rate is as high as 20%.

Hasan Raza Shah, president of the Property Dealers Association, has warned that the imposition of additional taxes and tariffs has crippled the industry.

Before the government’s steep hike in customs and taxes in March of this year, “we used to conduct two to three registers each day,” he added. “Now, it’s down to one to three registries per week.”

According to Shah, people in his country have begun using stamp papers (which cost between Rs1,000 and Rs1,200) to transfer ownership of their homes rather than using registers. He further said that the bloated cost of maintaining each register had risen from Rs3,000 to Rs4,000.

Property sales and income dropped by Rs5 billion in the first two months of the new fiscal year (FY) 2022-23 as a result of the higher tax and duty rates.

Malik Waleed Awan, the patron of the Stamp Vendors Union, claimed that the property industry has been paralyzed as a result of the rise in stamp paper rate, corporate tax, cantonment board rate, and gain tax.

He pointed out that the government is losing billions of rupees every month due to declining property sales and purchases. He said that if these tax rates get lower, government income would rise by 100% and that this would assist close any remaining gaps in the system.

LuxuryMarketing
How To Choose THE BEST To Invest? Six Tips To Invest In Real Estate

Made With by #TEAMEMLAAK on Earth

Reach us on WhatsApp
1 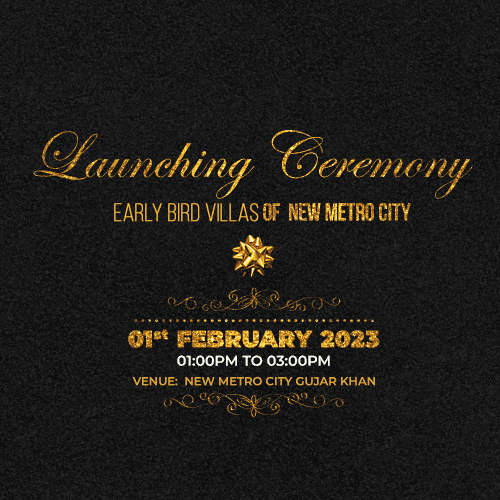